What languages are understood?

The Zoom.ai web app (which is where Zoom.ai users set up their meeting types and can schedule meetings) is currently only available in English.

The meeting acceptance page (which is where your invitees select a time) is available in English, Spanish, Portuguese and French 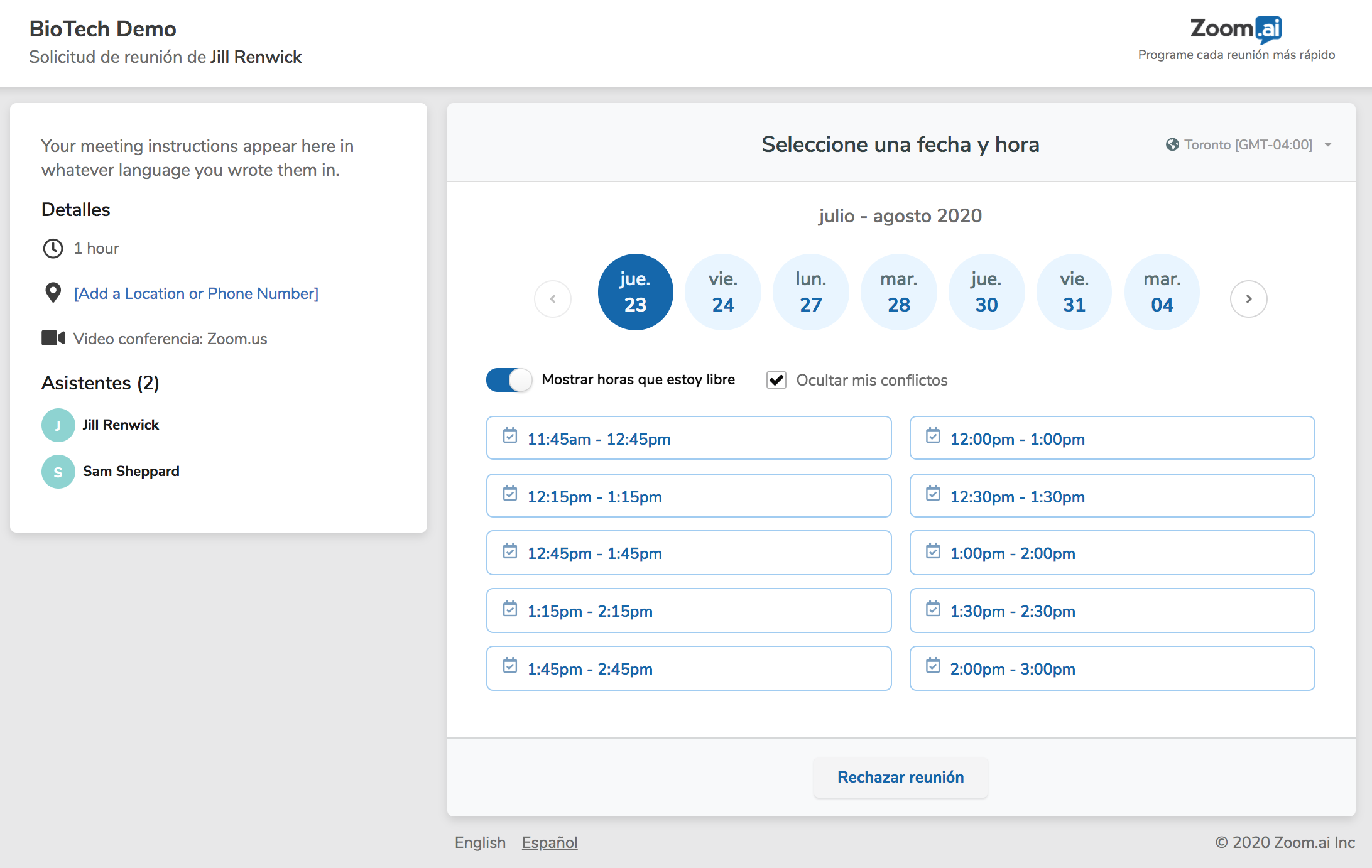 Here's the list of all the languages your assistant understands (when you chat with them in your favourite platform):

Did this answer your question? Thanks for the feedback There was a problem submitting your feedback. Please try again later.